The most straightforward way to discuss the operation of the program is through demonstrations with real examples. The first of these is a dataset from a DNA / ligand complex recorded at Diamond Light Source as part of ongoing research. The structure includes barium which may be used for phasing, and the data were recorded as a single sweep. As may be seen from Figure 2, the quality of diffraction was not ideal, and radiation damage was an issue. Initially the data were processed with:

giving the merging statistics shown below:

From these it is clear that there is something wrong: it is very unusual to have near atomic resolution diffraction with ∼10% Rmerge in the low resolution bin. The most likely reasons are incorrect assignment of the pointgroup and radiation damage - the latter of which is clear from the analysis of Rmerge as a function of image number: 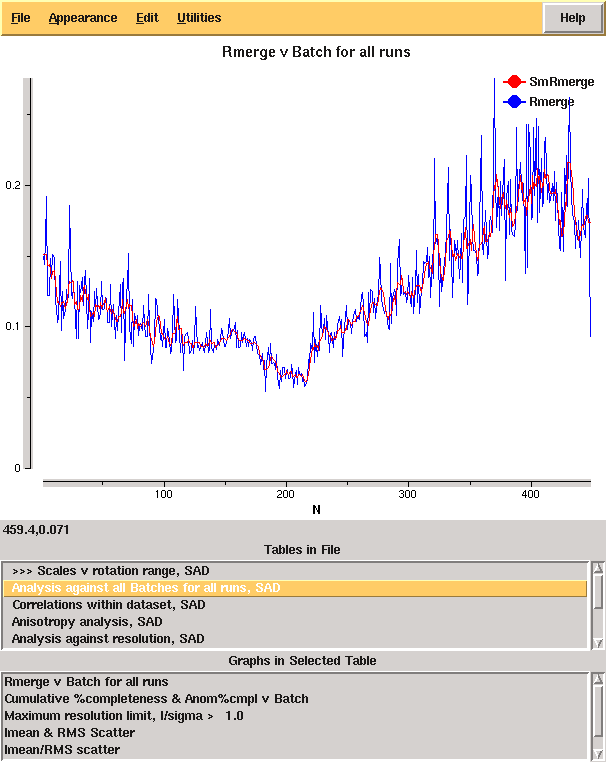 From the cumulative completeness as a function of frame number it is clear that the data were essentially complete after approximately 200 frames, though the low resolution completeness is poor: 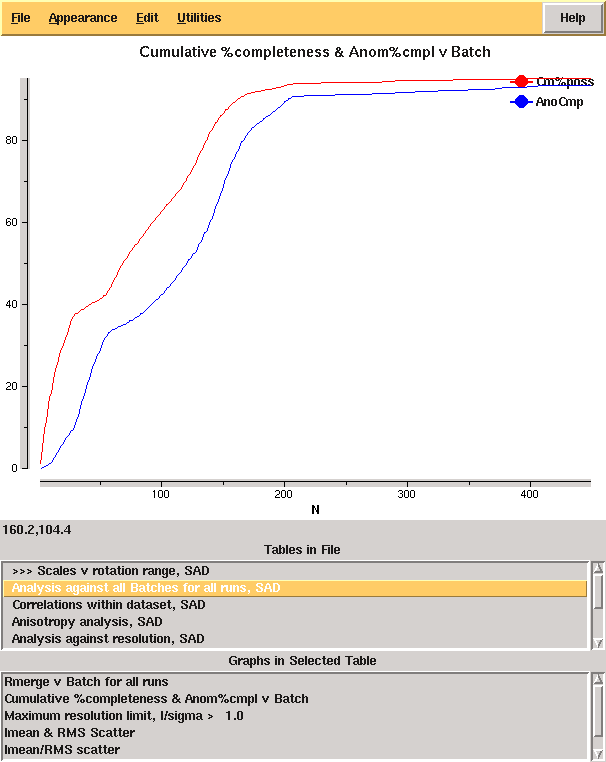 From the example it would seem sensible to investigate processing only the first 200 of the 450 images. While it is usual to limit the batch range in scaling when processing the data manually, xia2 is not set up to work like this as decisions made for the full data set (e.g. scaling model to use) may differ from those for the subset - we therefore need to rerun the whole xia2 job after modifying the input. It is easy to do this using the image=/path/to/image_001.img:start:end syntax:

These are clearly much more internally consistent and give nice results from experimental phasing though with very poor low resolution completeness. At the same time we may wish to adjust the resolution limits to give more complete data in the outer shell, which may be achieved by setting the d_min= paramater on the command line.